First tomato is from a volunteer cherry. 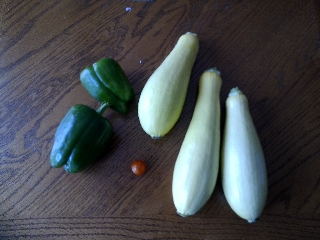 Email ThisBlogThis!Share to TwitterShare to FacebookShare to Pinterest
Labels: garden

I decided to try to adopt my favorite chocolate cake recipe .. Chocolate Zucchini Cake but omitting the chocolate.

Here's what I think I did.

I think that's it. Anyway .. I think it's turned out ok.  It's a bit darker than I would expect it to be .. we cooked it about 45 minutes .. and it's quite brown .. was hoping for more yellow.  However, I think if I decreased the liquid or increased the flour, perhaps it wouldn't be such a loose batter and bake slightly quicker?  What do you think?

I took the first piece .. and it tastes fine :)  Perhaps I could make other flavors .. ?

Chocolate is still my favorite though!
at 4:52 PM No comments: Links to this post

Just sharing the news .. there's a giveaway on this blog.

I'm actually hoping I win the 2nd or 3rd places prizes .. subscriptions to her magazine! :)

If you enter the giveway after reading this .. please put my name/blog in your comment entry - :)  That's Tara K - tmskquilt.blogspot.com  ! :)  Thanks!
at 12:10 PM No comments: Links to this post

My son had a birthday this week, and we've been having a good time with grandparents visiting as well.  But what I want to show you today is that our cat's birthday month is July :).  So ... Here are a few pictures of how she celebrated her birthday ....  with wrapping paper from Seth's present! :) 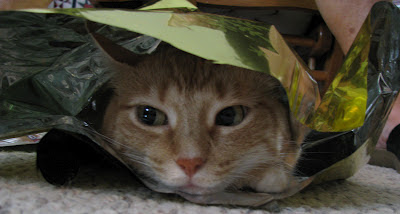 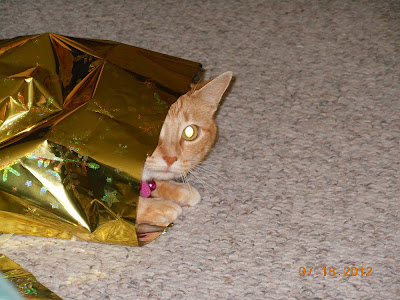 We got a new camera recently, so these are pictures taken with the new Nikon Coolpix 10x zoon camera (16.0 megapixels).

Here is a bracelet that I made recently.  It is modeled after this pattern. I wore it today, along with a much simpler 1 strand friendship-style bracelet.  The beads are actually from two bracelets that broke a long time ago.  I always liked the beads, so I kept them, and they worked perfect for this bracelet.

We went to church this morning, and then Rob & I went out to the Firehouse restaurant in Saukville for lunch, and followed it with a short drive and a movie.  We saw "People Like Us".  I really enjoyed it.  I think Rob enjoyed it too, even though he wouldn't have picked it if I didn't want to see it.

Ont he way into Saukville though, North of town in the River next to County W we saw this Heron. Rob was very nice to me and stopped so I could get a couple of pictures. 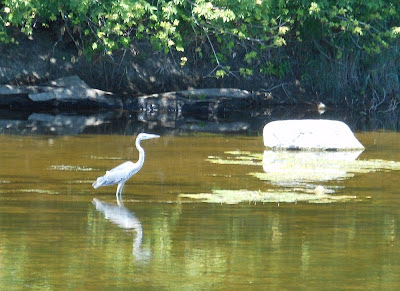 I think the picture is tinted weird because I was inside the van shooting to a very brightly lit outside.  As I got out to get a better picture, it flew down the river a bit.  I was lucky enough to get this interesting shot. 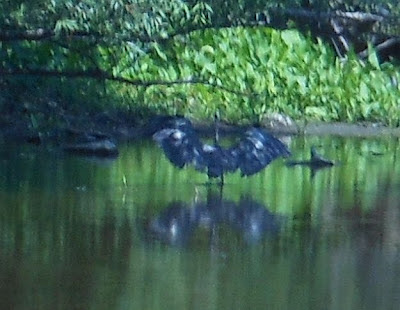 This evening Rob, Seth, & I went for a walk at Harrington Beach State Park.  On the way there, we saw this Sandhill Crane north of Belgium by the water treatment plant.  It flew up into the tree.  I didn't know that Cranes perched in trees. 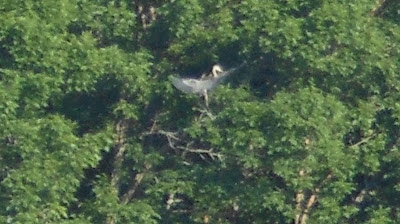 Also - this pair of Sandhill Cranes in a field closer to the lake. 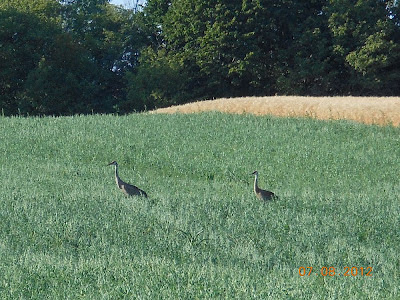 The following are a few pictures from Harrington Beach. You may want to click on them to get a better view. 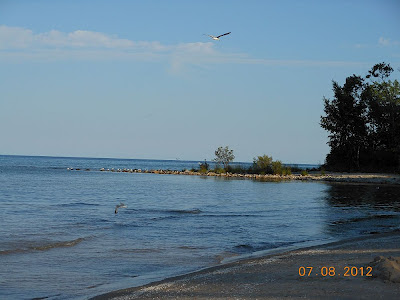 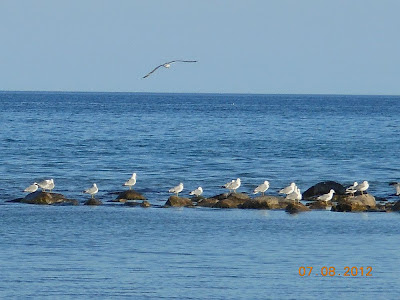 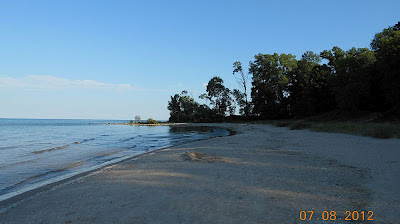 Ring Billed Gulls were clustered around the point.  Several were walking the beach as well. 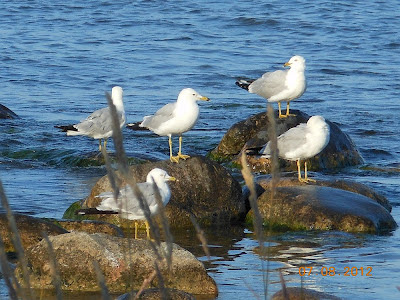 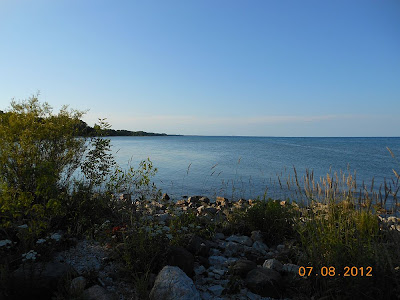 Just around the point I saw a pair of these birds.  I'm thinking they are Spotted Sandpipers.  Not 100% sure, but I think so.  Pictures aren't that good. (It's two pictures of the same bird.) 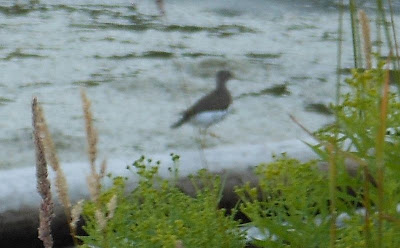 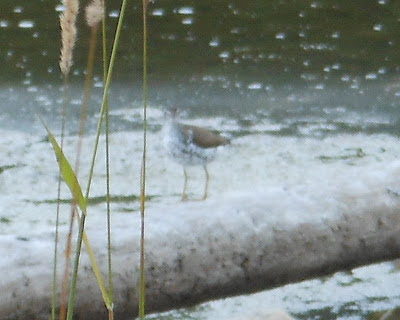 After the beach part of our walk, we headed into the forest and were walking along the tram road.  Seth spotted this deer at the side of the road.  It was so quiet, that I would have missed it. I was looking at the other side of the road at the time.  I was able to get withing about 6 feet of this deer to take pictures. 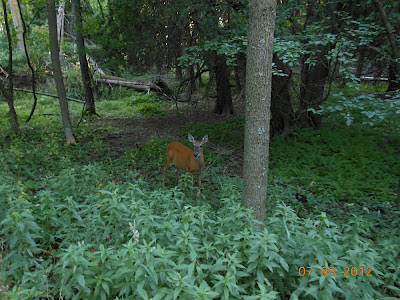 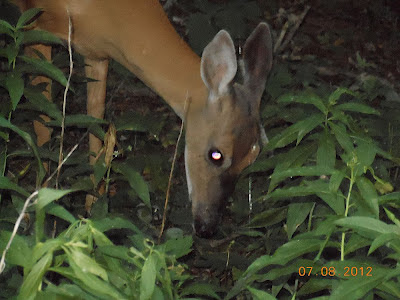