Here is some of what I have made lately.  A couple of premie hats and some dishcloths and hot pads. 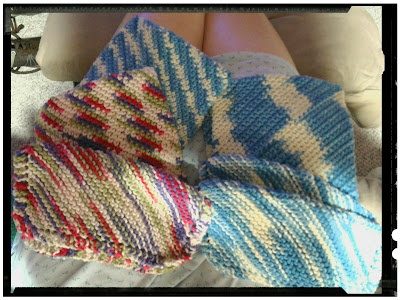 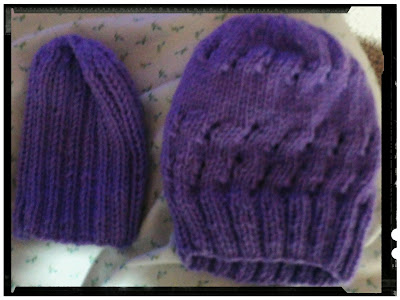 There is a giveaway on the Duggars Blog ...

You may know that I volunteer at Memories on occasion.  I just finished up helping out as Stage Manager for "Six Dance Lessons in Six Weeks".  Here is a shot on the last night of the Director and the actor/actress :)  They did a great job and I'm glad I was a part of it. 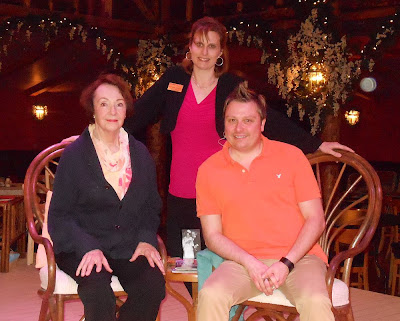 This has been a really bad year for getting the garden off. The best of the bunch are the pots I planted with purchased flowers. 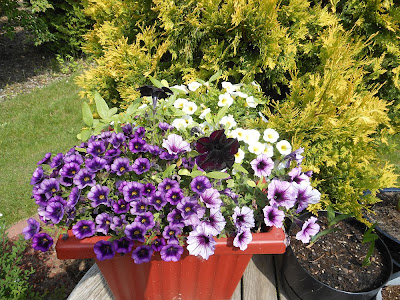 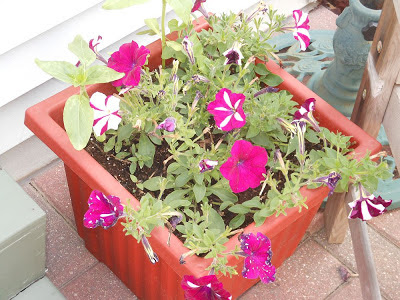 The following picture is of a tiered pot that I also used purchased flowers for ... if you look at the bottom, there are three plants in that tier.  Two wave petunias and a verbena ... Well, the rabbit got to the wave petunias ... but I'm happy to say they are growing back .. just may be the end of summer before they bloom for me!  Ah well .. such is life, right? 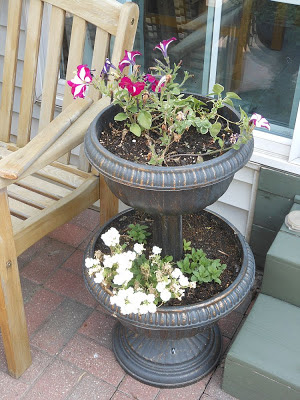 Just a couple of weeks ago we took out two 'arbs' that were against the house on the edge of the patio.  It looks so much better without them.  I'll miss the robin that nested in the one closest to the house .. but we really like the more openness it gives us. 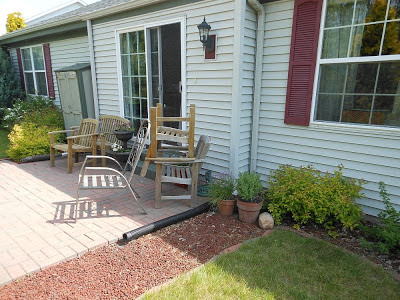 As I was mowing this side of the house this morning, I was struck by how pretty the red & greenish yellow & white were ... It's a bit overgrown .. needs trimming .. but it's pretty. 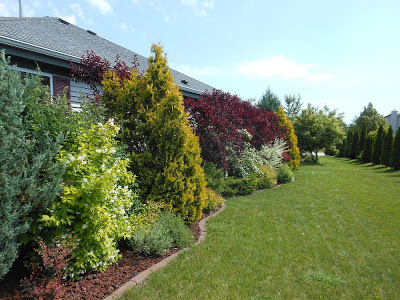 The really sad part of my yard is the vegetable garden.  It's in the 'valley' part of the yard, where it stays very wet and cooler, and the plants just haven't gotten much of a start ... Here's my raised bed that we put in last year .. I've planted carrots and green beans here ... I've replanted the beans a couple of times. (Today I put more seeds in the open spots)  It's growing .. but so slowly .... 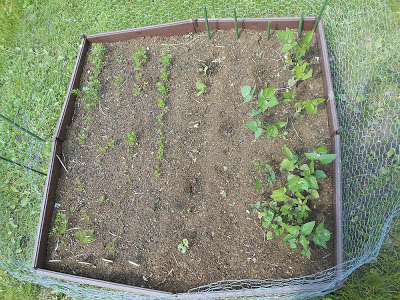 And this is the large garden ... From closest to the camera to furthest away ... tomatoes & green peppers, green beans, corn and summer squash and some cucumbers as well.  These were all planted over a month ago and they've barely grown at all .. It's just been too cool and wet for them to grow .. I'm seeing some growth, but again .. so slow. 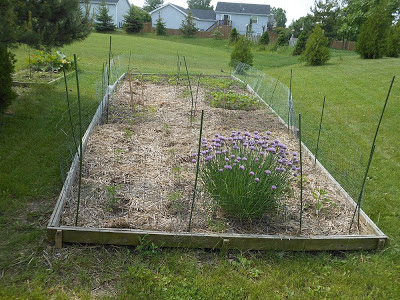 This weekend is supposed to be hot .. so hopefully that will kick start the plants to get some growth on.
at 1:34 PM No comments: Links to this post