This past week or two, can't remember how long really, I've been knitting up a baby afghan. A couple of days ago, I finished it! :) 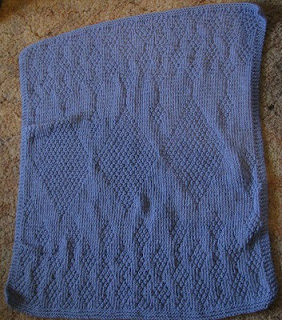 I based it off a pattern called "Mossy Diamonds" which I got from a Cloth of the Week yahoo group.

I think it turned out all right. Now I just have to find a baby to give it to! :)
at 1:02 PM No comments: Links to this post 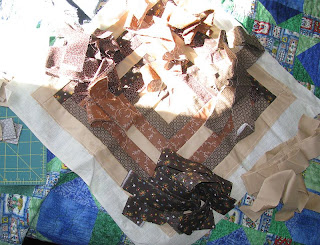 The past few days I've been working on a few things...

First of all, I've been working on finishng up one of my grandma's ufo's. She left me some brown log cabin strips and one block she had made using foundation piecing. To the right is a picture of what I inherited. The logs were cut with a ruler, marker and scissors, so they are not perfectly straight like we can now get with the rotary cutter, but they were straight enough that I went ahead and made some smaller log cabin blocks to go around her larger block. 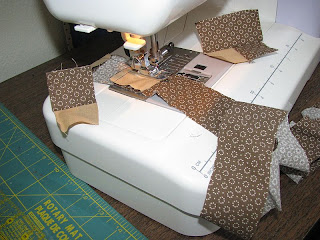 This worked pretty well, and you can see the resultant quilt top here. 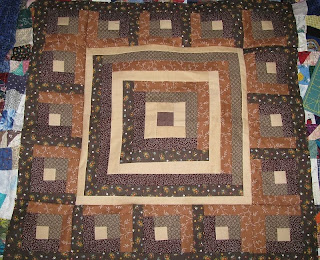 Of course, I still have logs leftover, so I will be making a bag or something out of what's left. Any ideas? 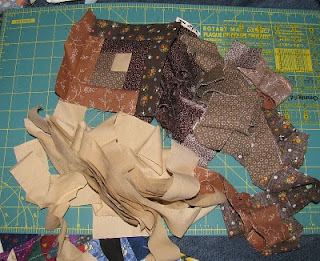 I've also been working with something "new". I saw this website and the cute little card holder. I loved it, so using her directions as a jumping off spot, I made my own. I had some 10" squares from a swap and taking two of them, I stitched them face together, turned them right side out, stitched around the edges to secure and started folding. Added a button and elastic loop, and wah-lawh! :) It's kind of cute! 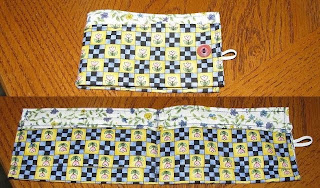 Last Friday I went out birdwatching on my own since no one wanted to come with me. It was a good time to get out of the house and relax a bit.

I drove to Lake Ahquabi and drove around to see if there were any birds around and active. I wasn't having much luck, but then I saw some Dark-eyed Juncos (slate-colored race). 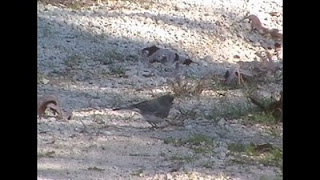 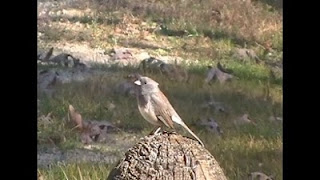 That's about all I could see at Ahquabi, but as I was leaving I was lucky enough to spot and capture on "film" this Red Tail Hawk. 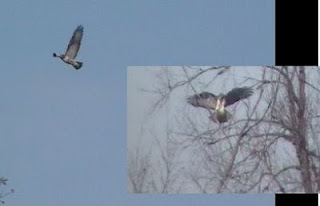 I then drove up to Banner Lakes. I was truly blessed to spot this diving duck. I believe it is a Gadwall. He was diving like mad and I never could guess where he would pop up next! A lifer for me :) 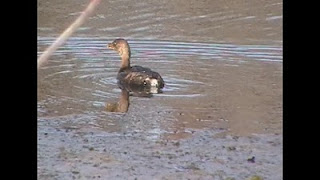 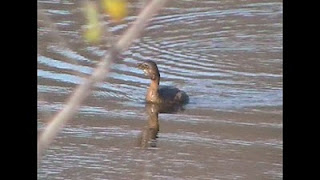 Then, I spotted a American Crow. Very common, but I like this picture. Very Halloweenish :) 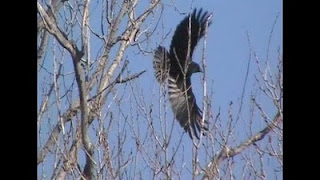 Also seen at Banner Lakes was a turtle sunning itself ! 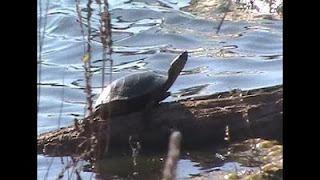 On the way out of the Banner Lakes area, I spotted a bunch of blackbirds. A huge flock of them. I think there were some Brewer's Blackbirds, possibly some Grackles, and a few Red-Winged Blackbirds as well. 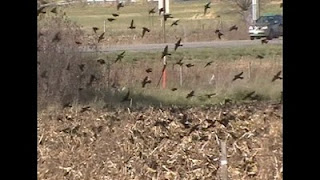 Lastly, just before my camera died, I spotted another diving duck, and a few American Coots. I didn't recognize them at first because I'm used to seeing them in groups of a dozen or more, and I only saw 3. 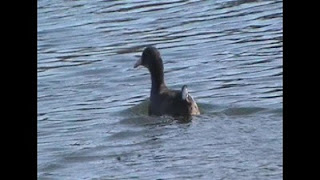 A Video my son made.

My son has a blog that he is doing as part of his schoolwork. This week he did a video with some shots of our backyard and leaves and such and set it to music.

I'm proud of him for learning the blogging so well, and venturing out to take pictures and create movies. :)
at 2:06 PM 1 comment: Links to this post

I occasionally do promo videos for my church. We have an upcoming Christmas Brunch and so I've created this. Probably needs some tweaking.

Deck is finished - and almost all the chairs.

We did get the deck finished, 3 chairs, and 1 bench.

We still have the table and one chair (which needs fixing) to finish sealing, but we are happy with what we've accomplished so far. 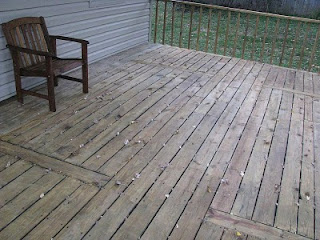